The Old Pauline Club commissioned a portrait of Professor Mark Bailey on his retirement as High Master in August 2020. In normal times this would have been unveiled at the Old Pauline Club Annual Dinner at the end of his last term at St Paul’s last June.

The portrait was presented by the OPC President, Brian Jones, to the High Master, Sally-Anne Huang, and was unveiled by Professor Mark Bailey at a brief ceremony on 20 April in the Montgomery Room. Johnny Robertson (Chairman of Governors during Mark Bailey’s tenure), Ed Vaizey (OPC Deputy President) and Joe Simpson, the portrait artist, attended. 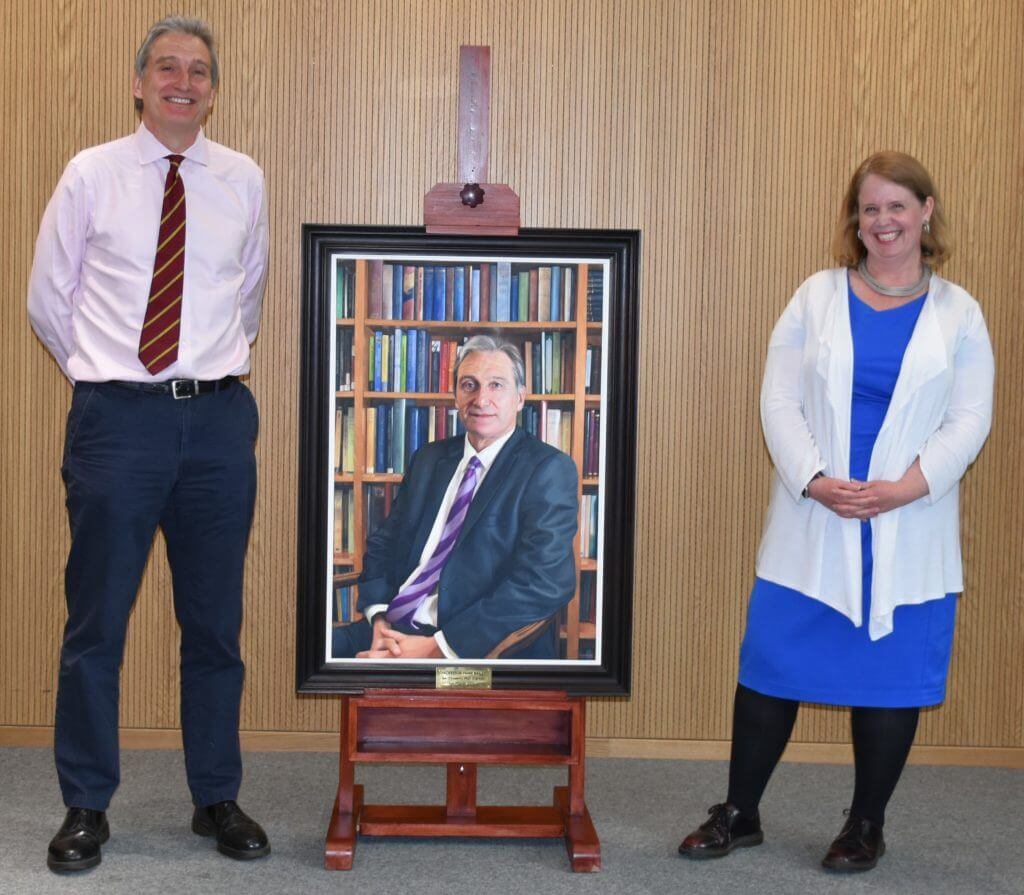 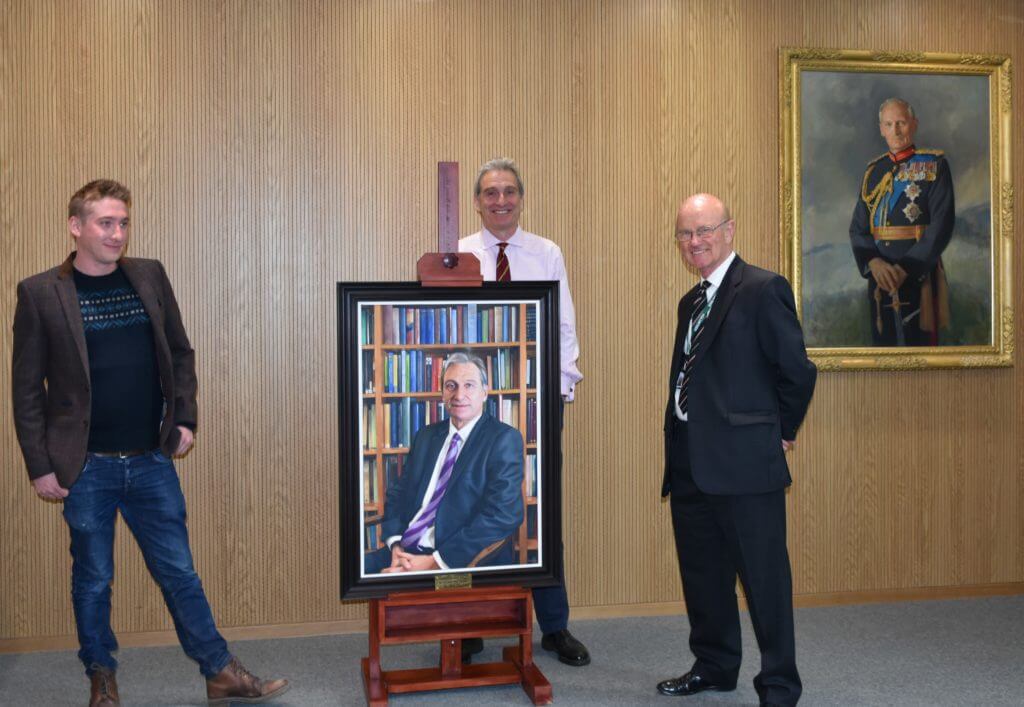 The portrait now hangs in the Montgomery Room alongside the portraits of six previous High Masters.

Brian Jones commented “It was a great relief at last to have the splendid portrait of Mark Bailey unveiled so that it can take its rightful place in the Montgomery Room.”

Mark Bailey commented “I am very grateful to the OPC for sponsoring this portrait and to Joe Simpson, who teaches one day a week in the Junior School, for his skill and creativity in producing an excellent portrait from such an unpromising subject.”

Johnny Robertson congratulated Joe Simpson saying that, “He has managed to capture onto canvas Mark Bailey as he is in real life and created a top-quality portrait to adorn the walls of the Montgomery Room.”